Neil Keen has been Organist and Choirmaster at St. Peter's Episcopal Church, Albany since 1980.  After earning a B.A. degree in mathematics from Wesleyan University, he received training in organ performance and church music at the Hartt School of Music (B.Mus.) and the Yale School of Music (M.Mus.).  He also holds the ARCM Diploma from the from the Royal College of Music, London, is a Fellow of the American Guild of Organists, and is a past Dean of the Eastern New York Chapter AGO.  Mr. Keen has performed widely in the northeast as an organ recitalist and accompanist.  He has led the Choir of St. Peter's Church in performances of major choral works and on seven tours to England and Scotland, most recently a residency at Chichester Cathedral in the summer of 2017. 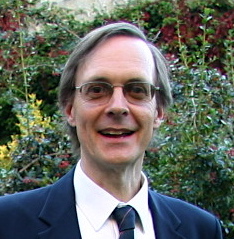